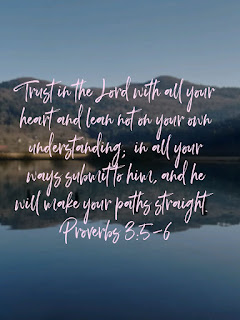 This isn't meant to be a whining "woe is me" type post but a lot of things have been tough for me recently. If you've been reading these posts you might be aware of some of the stuff that's been going on. Something happened last week, though, that was really the icing on the cake.
You may have seen my Facebook status saying that I was tracking my phone as it travelled around Ljubljana on the bus I'd left it on. Yep that's right, I left/ dropped my phone on the bus. I was travelling home from  a supermarket on the other side of the city (an international one which is the only place I can buy certain things) and it was raining. This meant that I had a few bags and my umbrella to worry about. I was listening to a podcast on my phone using my Bluetooth headphones when I got to the stop where I had to change buses. I gathered everything together and got off the bus. My first clue that something was wrong was when my headphones started crackling. This is usually a sign that I'm losing connection and so I felt in my pocket and sure enough my phone wasn't there. It was at that moment the bus drove off...

I vaguely tried running after it but it was too late. Now, not only had I just lost my phone, I'd also just lost my bus card which I keep with my phone. I wasn't even entirely sure where I was! I couldn't phone anyone, I couldn't even ask to borrow a phone as I don't know anyone's number. I couldn't get a bus home, I couldn't even get a city bike as they're also linked to the bus cards. I was in a panic. Eventually, after wandering around for about 5 minutes, I worked out the direction I needed to go and started walking. In the rain. For almost 2 miles. With my shopping.

By the time I got home, about an hour later, I was an emotional wreck. To be honest it wasn't even about the phone itself, it was what it represented, my link with my friends and my family especially those in the UK. Coming on top of the last month or so was especially tough. I struggled to understand how yet another thing could be going wrong.

Some of you might know my story of how I came to Slovenia and how at that time God used a series of really tough circumstances to convict me and convince me to move here. I'm not saying that that's what's going to happen this time but I know that in the past God has used these things in big ways. Sometimes, though, we just never get answers as to why God lets things happen. The point is that we shouldn't turn away from Him just because things get tough. He's the one we should be turning to!

Anyway, in at least this case the story has a happy ending and shows a lot of Slovene culture all in one go. Ljubljana is a very safe city and in general I find that most people here are honest and generous. As I've already found out for myself, the only things really in danger of being stolen are umbrellas and bikes.

When I got home my housemate immediately went into action, phoning the bus company and seeing if someone had handed it in. They said that a phone had been handed to the driver of the route I was on but they had no description of it. I had the choice of either going to a bus stop on the route and asking the driver for it or going to the office the next day. I was resigned to going to the office because how else was I supposed to know which bus it was on and where it was. It was at that point I remembered playing around with the settings when I first got the phone and realised that I might be able to log into my Samsung account and track it on there. Sure enough I was able to locate my phone and have the reassurance that it was still on the bus I'd left it on as it was following the correct route. From that I was able to work out when it would arrive at the bus stop closest to me on the route. I had to cycle there in the rain but when the bus arrived I was able to ask the driver and get my phone back. (Just a side note, Slovenes often send things via bus drivers or leave them at petrol stations for other people to collect, it's not quite as bizarre as it seems!)

In the end, everything turned out well and I had a lot to thank God for. I don't know why He let it happen but even if it was to remind me to trust in Him, I know He had a purpose and I just need to continue trusting in that.
at November 22, 2019