Life continues on here and time seems to speed up. I can't believe I've been here for almost 6 months now. It doesn't feel that long but at the same time I'm starting to forget what it's like to live in a country where I understand everything that's going on!

In the past couple of weeks I've managed to establish some sort of routine with all the groups, sessions, lessons and Bible studies I'm involved in. The one to ones are progressing well and I really feel like I'm getting to know the teenagers a lot better. One thing that has helped a lot is that they all love to read! One family is like the library for the church. Their books get passed around from household to household and I get to join in with this. Firstly as most of you will know, I love to read anyway and I actually really enjoy teenage fiction. Secondly it helps me to engage with the youth because it means I know what they're talking about and what they're interested in. 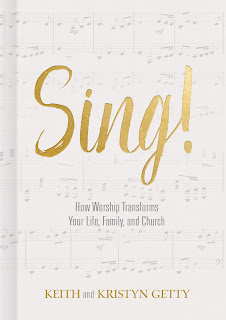 One area of church work I'm involved in but not yet written much about is the music. I have been learning music since I was about 4 or 5 and have been involved in music in church since I was a teenager. Over the past couple of months though I have become more passionate about music in church and congregational singing. I have been influenced a lot by the work of Keith and Kristyn Getty. They wrote a book a couple of years ago called Sing! which has been really helpful for me as a musician and for someone involved with music in church. It's not just for musicians though, it addresses why singing (whether you're musical or not) is so important in the church. The Gettys have also started putting on conferences each year addressing these ideas from a Biblical perspective. I was able to watch the live stream of this conference in Nashville a few weeks ago. It was based on the Psalms and for the first time I really started to appreciate how amazing it is that God has given us a songbook to use.

In my church, the lady in charge of the music also has been influenced by the Gettys. We have been watching videos of last year's conference and it has been such an encouragement to both of us. It's great that I can have someone to talk about these things with.
Although she is in charge of the music in church, I am able to be a sounding board for her ideas and I try to help her where I can. One job I've taken on is starting to prepare carols for Christmas. Carols are fairly new to my church although they have been translated into Slovene. What they don't have, however, is all the different parts and harmonies that go with the tune. As a flautist, every year growing up I was given the descant part (the high bit some ladies sing in the last verses of some carols) to play and so I know these parts very well. I volunteered to write out the music for 3 carols with this extra part. The music itself isn't the difficult bit, I have to try and make sure the words in Slovene fit in correctly and sound right when they're sung. One strange consequence of this work is that I've been starting to get in the Christmas mood and so spent a lot of yesterday afternoon listening to Christmas songs - it's not weird is it? 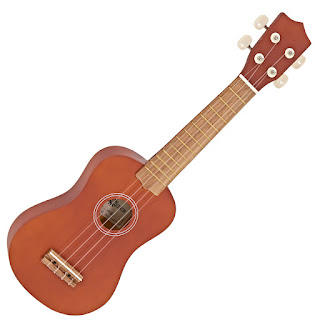 I've also been given the opportunity to learn a new musical skill this week. Many of the girls in church play the ukulele. Last Sunday I was lent one to see if I can teach myself and then join them in playing in church. Between the ages of 7 and 13 I learnt to play the Spanish guitar - that means playing tunes not chords. I think that knowledge is buried deep in my brain because I seem to have just been able to pick up the ukulele and play it. It's great! I may well be annoying my flatmates (sorry if I am) but I am really enjoying picking up the music for hymns and songs and playing and singing them. It's also quite therapeutic and gives my brain a rest from learning a difficult language and preparing Bible studies. Now I just need to work on developing calluses on my fingers...
at October 19, 2018